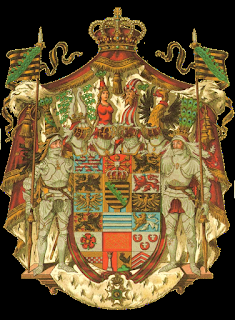 Prince Constantin of Saxe-Meiningen became a father this past July with the arrival of his first son, Prince Michael!

The birth took place in Switzerland, where the baby's parents reside.

This is the first Saxe-Meiningen birth since Prince Constantin, the only son of the late Prince Friedrich of Saxe-Meiningen and Princess Beatrice of Saxe-Coburg and Gotha.

Given the family's request for privacy, we cannot share photos of the baby and his father. But he is a healthy boy and expected to carry the family name one generation further.
Posted by Eurohistory at 9:28 AM